Aloha, I am Wendell’s daughter, Wendy Roberts.  I take care of his site as a way to share his story and hopefully encourage people who are going through a rough patch.  This blog is going to be about Wendell, but unfortunately, he cannot write it since he passed away in 1996, so I will write it about him as inspiration strikes. I wish he could write it for himself. He was a very engaging writer. I know he would have loved the Internet!

Today I’d like to share little about his perseverance. I hope it won’t be too heavy-handed because he really has a good encouraging story and he really lived the deep kind of hardship that allowed him to connect with people on a level that wasn’t superficial. I really would like this post to have that feeling of an arm around the shoulder on a tough day. I have this site online for several reasons, but the main one is to give encouragement to others who are facing problems that seem insurmountable.  Especially people facing paralysis.  There are so many tragedies. Traumatic events affect the lives of the families involved in a way that is impossible to place into words.  Life can change in sobering, forever-ways in just the blink of an eye.   When faced with this level of tragedy, my Dad’s story is an example that it doesn’t have to be the end of a meaningful life.

He chose persevere against all odds – I know he struggled with it, especially at first. By the time I knew him, it all seemed so second-nature, but it took years to develop that patience.  After a diving accident at the local swimming hole left his spinal cord severed,  and with no motion in his body from the neck down at the age of 16, I have been told by his close friends and family of the grief that overcame him.   He was placed on a striker frame to heal for months – immobile, unable to go to school.  Then later sent to the only type of rehabilitation center that existed at the time – a very depressing nursing home.  His drawings recalling this time period of his life are a remarkable portrait of his emotional landscape.  They show a deep feeling of depression and of uncertainty of what life might hold for the future.  When the accident first happened, he could not move, so these drawings were done years later, but they are his pieces that most encapsulate the struggle.  They remind me that even my positive, cheery Dad had days when he felt like this: 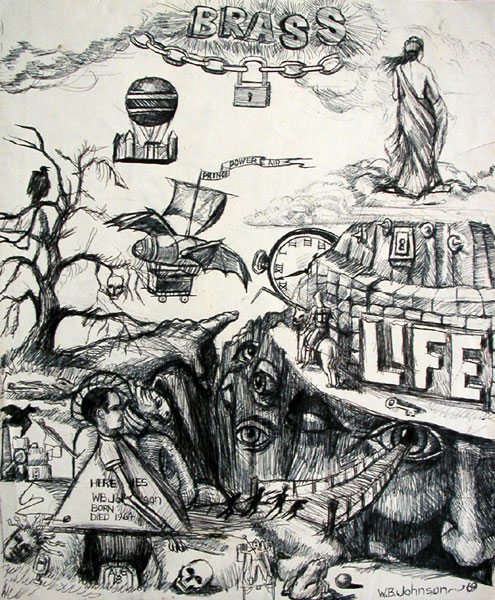 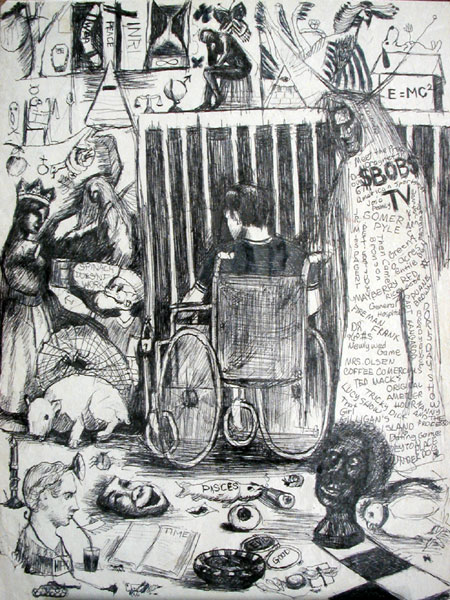 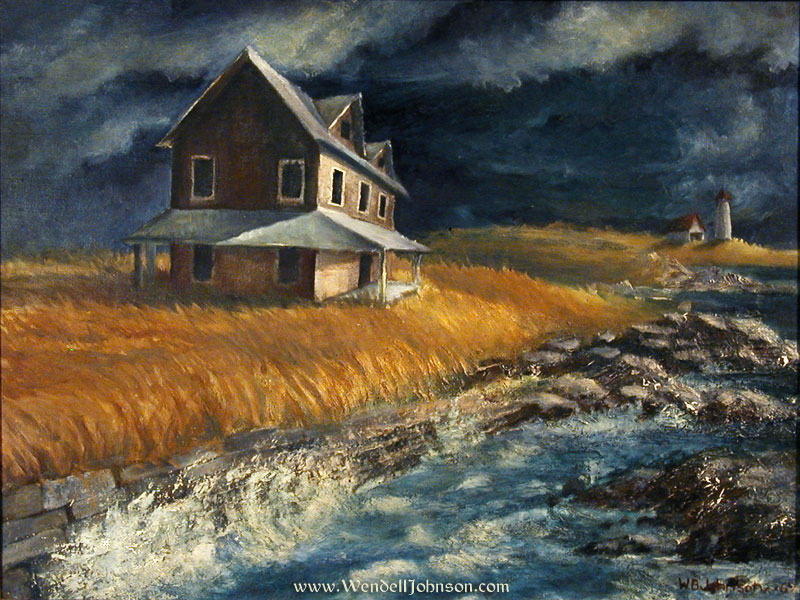 I treasure these images of despair because it reminds me that even when things feel this bleak, vastly better times can be ahead.

My Dad had his accident back in a different time that was devoid of so many helpful inventions that we, even those who lived through it, can barely believe we lived without.  A time without computers.  A time with far more primitive medicine.  A time before disability legislation (no accessible restrooms, no wheelchair accessible curbs, no rules about elevators, no mandated building ramps, etc…).  So many things were missing that we now have. His life was a series of improvisations made from duct tape, wire, and ingenuity to overcome his physical limitations.  His father’s welding and wood working skills went a long way toward enabling Wendell to live a productive life, but it was his endurance that carried him through, one day at a time.

Every tiny thing in Wendell’s life had to be problem-solved, from getting a drink when he was thirsty and home alone (A big jug of water with a flexible tube tied in a place where he could reach it as needed), to answering the phone (a hook was added to the receiver so he could pick it up using his brace), to eating (my mother heated and bent the handles of a set of spoons so the handles could fit in a loop on his arm brace, and then she cut every meal into bite-size pieces).  Every little thing was hard for him, and each aspect took time to solve so he could do it independently.  Nothing was done without some sort of adaptation.

And yet,he managed to accomplish so much under these harsh circumstances.  It is a marvel to me.  He overcame the expectations of his Doctors, accomplishing so much more than they ever could have dreamed. From complete paralysis, he worked very hard to rehabilitate a small twitch in his shoulder so he could eventually control his shoulder and bicep.  Doctors counseled him he would never move below the neck again, because the spinal cord was severed at C4/C5, but somehow, his body recovered bicep control.  He became an artist, patiently using his left bicep muscle and gravity (to control the downswing that would normally be performed by his non-functioning tricep). Every stroke was improbable, but he completed an impressive portfolio of paintings and drawings.  Each one took a long time to complete.  Painting completion times were usually measured in months, but he developed enough technical skill to win top honors at art shows. His prognosis was to die at age 24, he managed to live to age 48 – much longer than his prognosis. He co-wrote two books on local history and served as Justice of the Peace and later elected Mayor of the small town where he lived.  He married, and against all odds, fathered and raised a child.  All of this would have sounded impossible in those first days of the accident.  Because he kept working at it a little bit each day, the accomplishments accumulated. Gifts beyond our control are often given to people who try to make the most of their opportunities.

I really want his story to apply to your life. If you have been given a terrible prognosis, or have insurmountable odds against you in any aspect of life, try your best to stay positive and patiently work toward the things you want. Even if they seem impossible, please protect that spark of hope. Work toward what you want in small ways every day. It is amazing what can happen if you do not let predictions stop you from just trying something.  Perseverance is an amazing force for change.  Your goals might not happen quickly, but over time, you will make gains that no one could have anticipated.  Keep on keeping on! 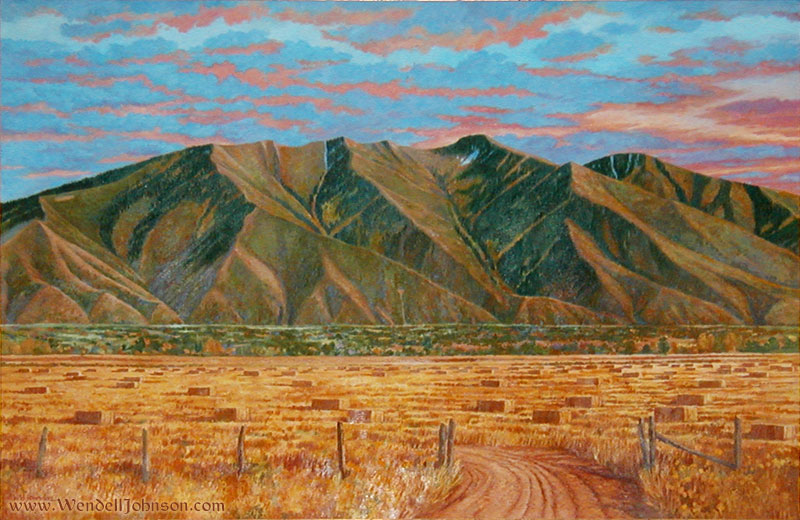 This was among my Dad’s last paintings. I like to contrast it with his early works and note the vibrant colors and increased technical skill. This image, in my opinion, captures something about his overall attitude after all those years of refinement through adversity.