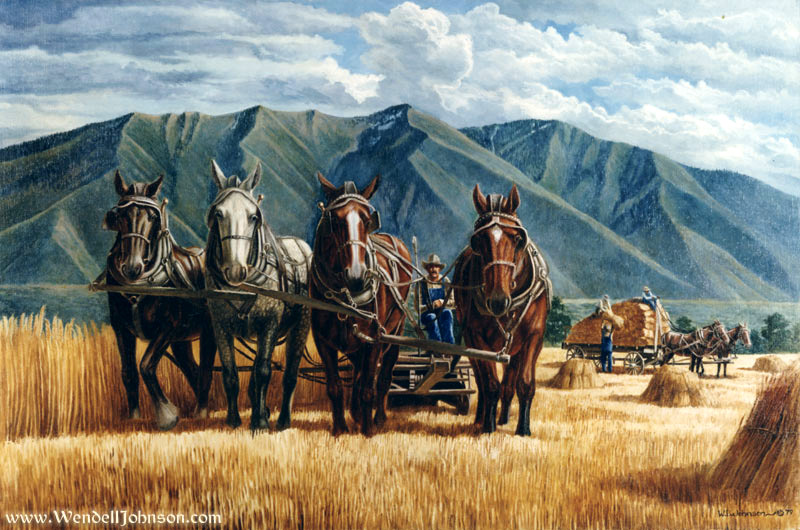 The agricultural scene in Mapleton included teams of horses to pull plows and hay harvesting equipment. This painting is featured in the lobby of a local church building in Mapleton, where it has been on display since the early 1980s. It depicts Mapleton’s typical way of life at the turn of the century which had disappeared by the time he depicted it. His research into Mapleton’s history for the co-authoring of “Mapleton History” inspired many beautiful scenes of Native and early pioneer settler life.